With environmental impact being a more important factor in design than ever, many industries are looking for clean(er) alternatives than conventional fossil fuels. Hydrogen is seen as one of the potential clean alternatives, but of course it comes with its own set of requirements for designs.

One of the industries looking into the potential of hydrogen as a fuel source is the aviation industry. This industry will be shown as an example of the potential of simulation in this design process, by designing a hydrogen storage system for a hypothetical aircraft in Simcenter Amesim.

Storing hydrogen comes with its own difficulties. Hydrogen has a high specific energy, but due to its low density it requires a large volume for storage. In gaseous form, hydrogen can be stored under high pressures to increase its energy density. This obviously requires tanks capable of withstanding these high pressures. To achieve an even higher energy density, hydrogen can be stored in its liquid form, under cryogenic temperatures. 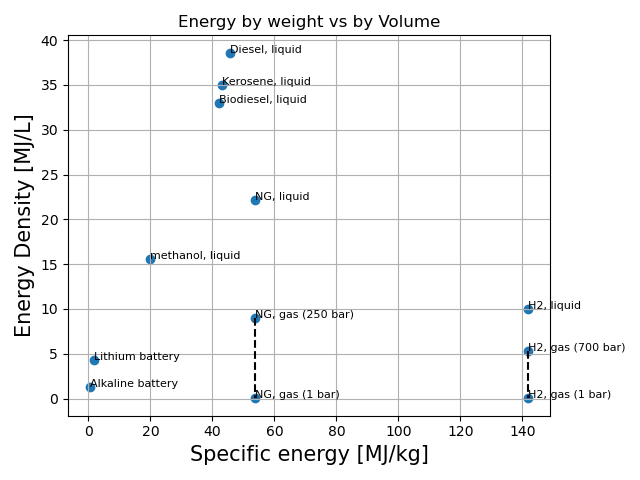 Figure 1: Energy by weight versus by volume

Figure 1 shows the comparison of some energy sources. One litre (0.8 kg) of kerosene has the same energy as ~3.5 litres (~0.25kg) of liquid hydrogen.

To gain insights into the design and performance of a hydrogen powered aircraft using a cryogenic storage system, an Amesim model will be created. Some questions, specific to the storage system, that could be answered with this model are:

The Amesim model focuses on the storage of the liquid hydrogen. The tank is assumed to be fully purged of air at the start of the simulation. The only gas in the tank is Helium. The pumping is controlled using a simple state chart. 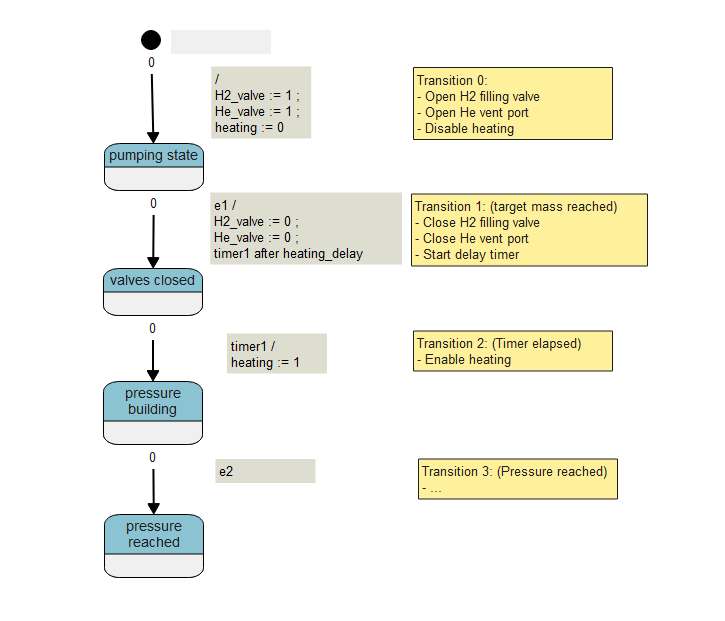 The first state is the pumping of liquid H2 into the tank, while allowing gas to escape to prevent pressurizing the tank. This state continues until a desired mass of hydrogen is in the tank.

The next state closes the filling and purge/vent ports. The hydrogen is then heated up to generate hydrogen gas, which is allowed out of the tank through a check valve. Here it can be used or vented into the atmosphere.

How long does it take to fuel and build up pressure in the tank?
The tank takes 3055 seconds (~51 minutes) from when filling begins at the start of the simulation to when hydrogen gas is able to exit the tank. 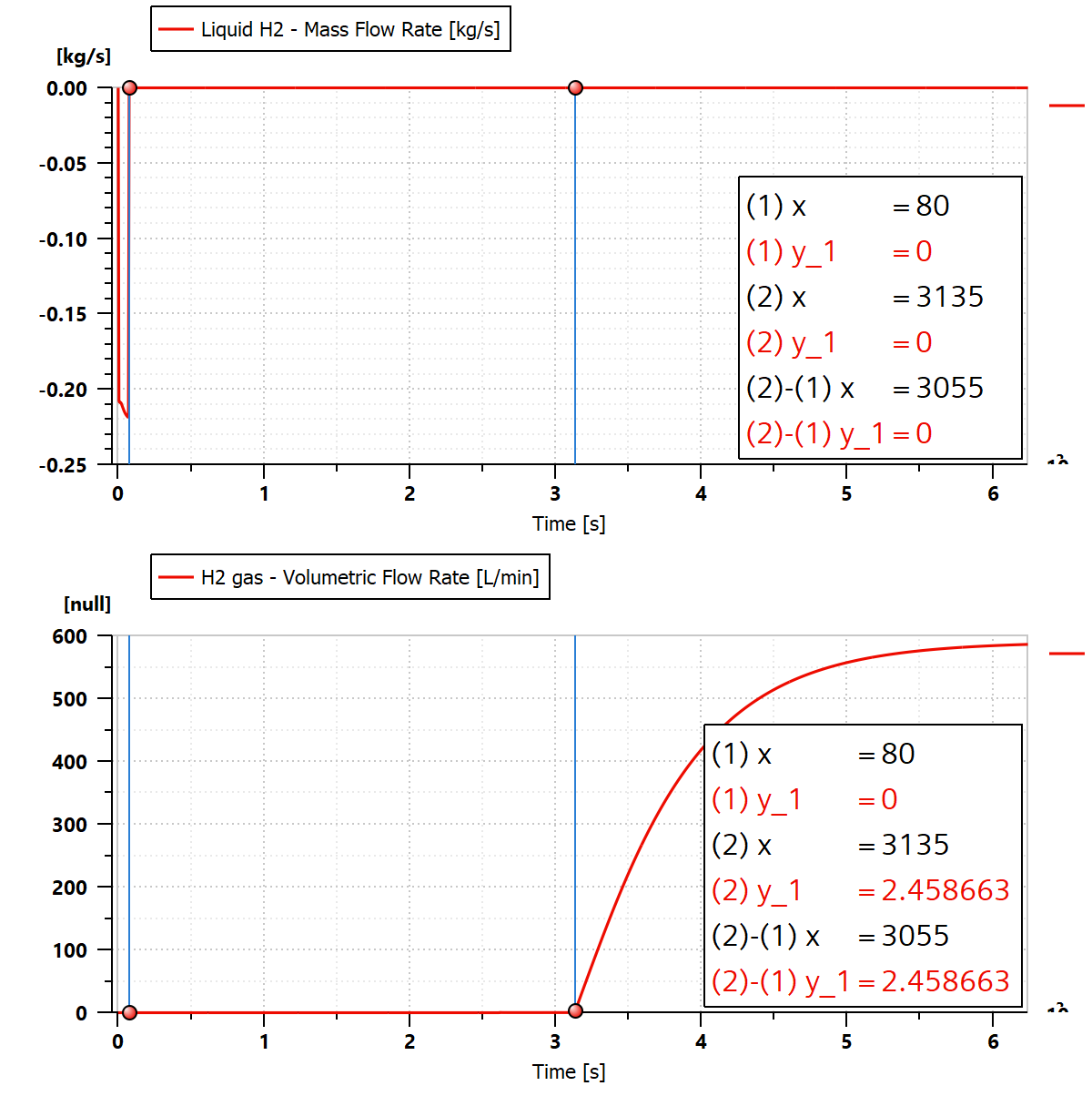 How long will the system be able provide hydrogen gas?
At 19330 seconds (~5 hours) the flow rate drops to 0 L/min, so the system was able to provide H2 gas for a total of about 4.5 hours.

Get to know more on Simcenter Amesim

As a smart expert partner of Siemens DI-SW, we know our software and how to use it. Want to get in touch to get to know the possibilities of Simcenter Amesim?
Contact us

Teaming up with Femto Engineering means you can count on engineers that think along, involve your employees and give solid and practical design assessments.

Femto Engineering is Smart Expert Partner of Siemens Digital Industries Software. We’re expert users, here to help you to get the most out of the software.

Femto can help you get the most out of your software with a lifetime of learning with professional training and support. 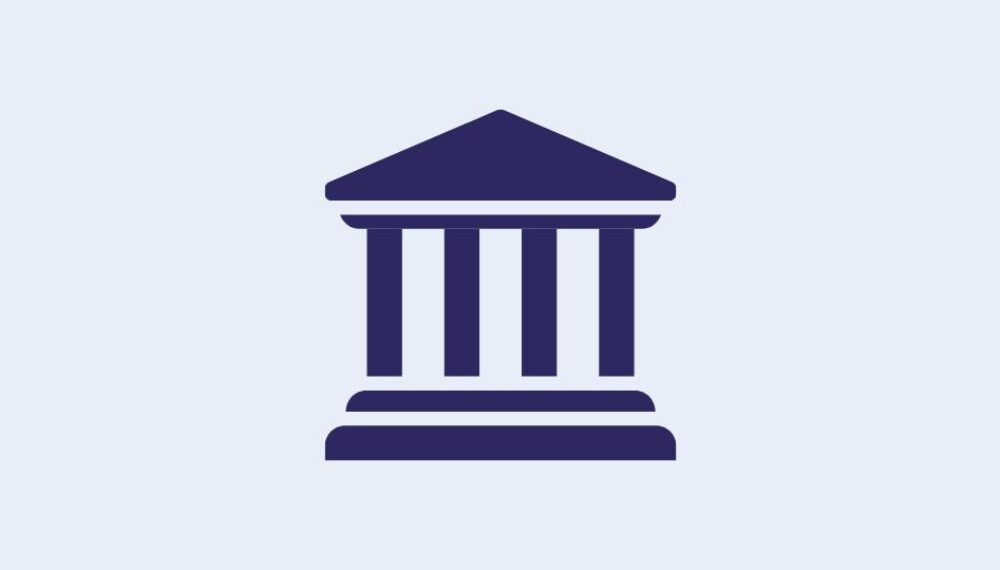 Through CAE research and openly sharing our knowledge and experience, Femto Engineering supports her clients to get the most out of FEA and CFD.