“Based on finite element analysis, we were able to reduce stress by a third” - Martin Albrecht, MT-Propeller. 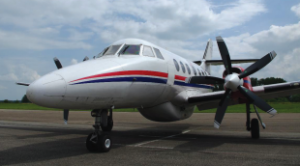 In this part of our Femap in Aerospace series we want to share with you the impressive business case of MT-Propeller. Even though jet aircrafts are predominant in the aerospace industy, MT-propller not only keeps its propeller business afloat, they’ve thrived over the past years.  They are one of the only three worldwide propeller manufacturers remaining and dominate the European market. How did they manage to do that?

is trusted by aerobatic pilots from all around the world, as well as various suppliers of do-it-yourself aircrafts. They own the patent on special natural composite blades. These blades consist of a plasticized wood core, a shell of fiber-reinforced plastics, and a bonded metal erosion sheath. The advantages are that this is lighter than aluminum blades and has excellent vibration damping characteristics. Still they are as strong as steel and virtually impervious to material fatigue. Now with 28 basic patterns and about 300 different blade designs, a main objective to keep costs down is to reduce the number of prototypes. Since every prototype delays market release with about 7 weeks, you can imagine excelling in first-time right production to be of major competitive advantage. To achieve this MT-Propeller has been relying on Femap software for finite element analysis since 1998. 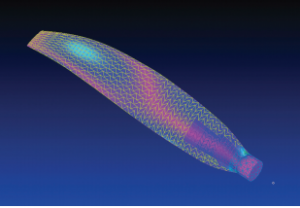 With Femap weaknesses can be identified and eliminated at an early stage. This increases the quality of every product significantly. Let’s look at an example at MT-propeller: when the bonding of steel and the composite materials on a newly launched propeller blade model came undone, it was first investigated as a manufacturing fault, but Femap with NX Nastran showed that the adhesive could not withstand the high shear stresses. This was a serious problem since the production of the blades in question had already started. Thanks to Femap they were able to figure out another composite fiber layup, which proved to be the solution. With excellent executed finite element analysis they reduced the stress by a third. Only five weeks later the real stress testing confirmed that the solution identified with Femap was safe and entirely implementable. Interested in the full case study? Click the link below!

At Femto Engineering we help companies achieve their innovation ambitions with engineering consulting, software, deployment, training, support and R&D. We are an authorized distributor for Simcenter Femap, Simcenter Nastran, Simcenter 3D, Simcenter Star-CCM+ and SDC verifier. Get in touch and let us make FEA and CFD work for you.